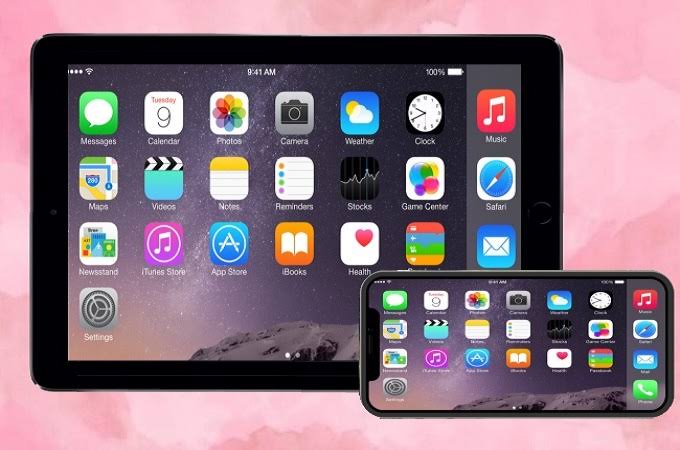 There are many times when you need to take a screenshot of your iPhone, iPad or iPod touch screen.

Whether it’s a screenshot of your favourite app or a movie ticket confirmation, or anything important shown on your screen, you might need to do this.

In this article by Humortainment, discusses a detailed guide on how to take a screenshot and screen record on iPhone and iPad or iPod Touch.

How To Take A Screenshot On iPhone With Face ID

RELATED: How To Take A Screenshot On Your Computer, Phone or Tablet

How To Take A Screenshot On iPhone With Home button

How To Take A Screenshot On iPad With No Home Button

How To Take A Screenshot On iPad With Home Button

This article focuses on how to screen record on iPhone, but let’s quickly recap how to record your iPhone screen.

To record your iPhone screen, you need to add Screen Recording to the Control Center.

This will only work with an iPhone running iOS 11 or later. To add Screen Recording to the Control Center:

How To Take A Screen Record On iPhone & iPad

The ability to screen record on iPhone screen is super-useful built-in functionality that Apple introduced with iOS 11.

Anyone with an iPhone, iPad, or iPod Touch running this iOS or later can quickly and easily make a recording of what’s happening on their device’s screen — with or without sound from the microphone — and just as quickly and easily save it to their Camera Roll.

Whether you’re recording your iDevice’s screen for work, fun, or to demonstrate how to do something to a technically challenged friend or family member, here’s the how to screen record on iPhone for iOS 14, as well as for iOS 13 and earlier.

FAQs About iPhone And iPad Screenshots

Where Can I Find The Screenshots I Take?

All screenshots you take are saved in the iPhone or iPad Photos app. Open the Photos app and tap Recents to see them. You can also scroll down in the Albums tab to see a separate section titled “Screenshots.”

For How Long Does The Thumbnail Remain On The Screen?

After you take a screenshot, it appears as a thumbnail at the bottom of the screen. You can tap the thumbnail to edit the screenshot or share it.

You can manually dismiss it by swiping away. And if you don’t do anything, it’ll automatically disappear in about 6 seconds.

Does A Screenshot Capture Everything That’s On The Screen?

For the most part, the iPhone screenshots capture everything except screens with a password, 2-step verification code, and such.

For example, if you go to Settings > Passwords > any account and take a screenshot, the saved password and code won’t appear in the screenshot.

Similarly, if you take a screenshot of the zoomed iPhone screen, it will appear normal and zoomed out.

What Is The File Format Of An iPhone Screenshot?

By default, iPhone and iPad take screenshots in PNG format.

How To Take iPhone Screenshots In JPG Format?

Can I Take A Screenshot Without Pressing Any Button?

What Is The Average Size Of An iPhone Screenshot?

The screenshot file size depends on what’s on the screen, the resolution of the iPhone screen, and more.

For example, the screenshot size of the iPhone 11 Home Screen full of apps with the default iOS 15 wallpaper is around 3.6 MB.

Whereas the screenshot of the first screen inside the Settings app is just 294 KB. In short, the iOS screenshot file size varies significantly.

Can I Screen Record With Sound On My iPhone, iPad, Or iPod Touch?

How to Screen Record with Sound from Apple Music, Spotify, Amazon Music, or YouTube

When you begin Screen Recording, if Apple Music is playing, then the sound will stop until you cancel the recording.

There used to be a workaround for this, but Apple has since fixed that bug. Basically, to keep a song forever, you’ll have to pay the licensing fees and buy it.

It’s worth noting that some third-party apps, such as Spotify and YouTube do not allow you to screen record in the free version, but in the premium version, you can screen record.

You can also screen record content from Amazon Prime Video. While you can technically record songs and video content this way, the legality of doing so is a bit gray.

Most likely, third-party apps will eventually build the same protections as Apple Music to prevent screen recordings of licensed content.

Even so, it’s fun to play around to see what you can record on your iPhone as long as you know that some licensed materials might push the mute button as soon as you hit record.

That’s all what you need to know about how to take a Screenshot and Screen Record on iPhone and iPad or iPod Touch in 2022.