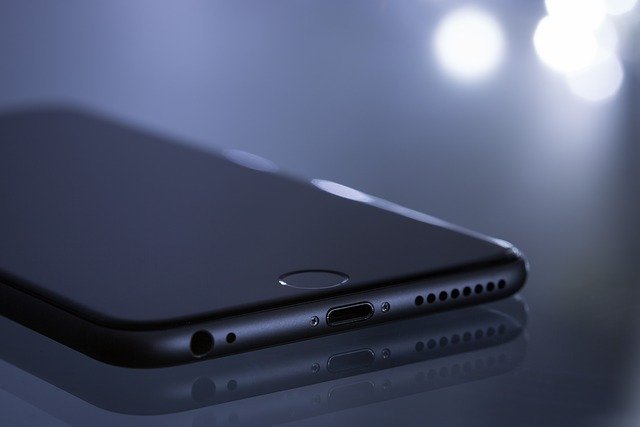 In todayâ€™s world where the Apple iPhone is one of the leading smartphones in the world, it is very important you know how to check fake iPhone, especially if you are going to buy one soon or want to start an iPhone business.

I recognize that there may be a plethora of guides on how to spot a fake iPhone on the internet. However, the majority of them are insufficiently detailed.

As a result, if youâ€™re seeking a quick technique to spot fake iPhones, this is the advice for you.

Apple iPhones are noted for their distinct features and operating systems that set them apart from other devices.

As a result, many smartphone owners would rather use an iPhone than an Android or Windows phone.

There are a lot of fake iPhones out there, so be cautious when buying one, especially if you arenâ€™t buying from an approved iPhone dealer.

Many people have made the mistake of confusing a fake iPhone for an authentic one simply because they donâ€™t know how to tell the difference.

The good news is that youâ€™re here, and after reading this article, youâ€™ll be able to recognize a fake iPhone with ease.

Also Read: 17 Best Messaging Apps For Android and iPhone in 2022

While there appear to be a plethora of ways to recognize a fake iPhone, weâ€™ve narrowed it down to the top eight.

These methods work for detecting a fake iPhone 6, iPhone 6s, iPhone 7, iPhone 7 Plus, iPhone 8, iPhone X, or any other model of iPhone.

The first step in spotting a fake iPhone is to activate iTunes and Apple Store on it. If your iPhone does not connect to iTunes when you launch it, it is not an original iPhone.

If the Apple Store does not load, or if it takes you to the Play Store or any other store other than the Apple Store, it is a fake iPhone, not an original.

Iâ€™ve been able to identify a lot of phony iPhones thanks to this method. You may sometimes spare yourself a lot of grief by simply doing this instead of buying a fake iPhone.

Every iPhone has a serial number that identifies it. Locate the serial number on the iPhone by tapping â€śSettings > General > About > Serial Number.â€ť This number must be verified by theÂ Apple official website, â€śhttps://selfsolve.apple.com/agreementWarrantyDynamic.do.â€ť Search it up to confirm its originality

Another way to spot a fake iPhone is to see if the Siri app is installed. If itâ€™s present, try launching it to see if it works.

Siri, the iPhoneâ€™s personal assistant, is only compatible with the original iPhone. Itâ€™s possible that the iPhone is a fake if it doesnâ€™t work.

However, this is insufficient evidence to determine that an iPhone is not genuine.

e iPhoneâ€™s personal assistant, is only compatible with the original iPhone. Itâ€™s possible that the iPhone is a fake if it doesnâ€™t work.

However, this is insufficient evidence to determine that an iPhone is not genuine.

The iPhone arrives with native or built-in Apple-branded apps. Unless an iPhone is jailbroken, these apps cannot be removed. Some examples of built-in applications include â€śContacts,â€ť â€śCompass,â€ť â€śSettings,â€ť â€śCalculator,â€ť â€śMusic,â€ť and â€śPhotos.â€ť If any of these applications are missing, the phone is either jailbroken or fake. You can restore the original firmware byÂ entering DFU modeÂ and reinstalling the operating system. If native applications are still missing, then your iPhone is likely fake.

Checking the iPhoneâ€™s lock design is another good approach to spot a phony iPhone.

When you look at the lock screen of the original iPhone, youâ€™ll see that it features an animated slide to unlock function.

It highlights from left to right all the time. This is in clear contrast to the fake iPhones, which use a solid slide to unlock.

This is one of the most effective methods for determining if an iPhone is genuine or counterfeit.

Also check out: How To Stream Fox Nation for Free on Firestick, Apple TV and Roku (2022)

Another fast way to tell if an iPhone is genuine is to look at the battery percentage color.

The original iPhone battery percentage color is white, as shown on the home screen.

Any iPhone you have or want to buy that has a different color for the battery percentage in the home screen than white is a fake.

The iPhone 6S and later versionsâ€™ 3D Touch display is the latest evolution of the multi-touch display, and it is also one of the key improvements we have seen.

Apple has improved the display in various ways. Apart from the size and resolution details, there is a new feature dubbed â€ś3D Touch.â€ť

So, you can spot a fake iPhone 6S or above phone by trying to use the 3D Touch feature. If this is not present or doesnâ€™t work, the iPhone is not real.

The next step is to look at the iPhoneâ€™s keyboard to see whether itâ€™s a fake. The space bar on an original iPhone has space written on it, as well as an emoji by the left before the space bar.

The fake iPhone, on the other hand, is unlikely to have any space written on it. In addition, instead of the smile emoji, the fake iPhone has a comma button.

Checking the iPhoneâ€™s warranty status and network coverage status is another approach to distinguish a fake iPhone from an authentic iPhone.

To do so, go to the Apple website and type in your iPhone serial number. If itâ€™s an original iPhone, itâ€™ll display the iPhoneâ€™s specifications.

Another way to tell the difference between a fake and a genuine iPhone is to see if it has expandable storage.

There is no memory card port in the original iPhones. As a result, if you come across an iPhone that allows you to insert an SD card to enhance storage capacity, it is not an original iPhone.

If you find an iPhone that has any other OS other than the iPhone iOS, that phone is definitely a fake iPhone.

Weâ€™d be thrown if the above tips didnâ€™t work for you. If not, the following are some quick tips that may help you detect your iPhoneâ€™s originality.

The 8 ways to check fake iPhone contained in this are failproof methods. They will guide you to know a fake and original iPhone any time any day.

However, I recommend you donâ€™t use only one method and conclude. Try and use all the methods if you can, before drawing a conclusion.

Thatâ€™s all on how to check fake iPhone.

If you followed us to this point, then I am sure you have learned how to check a fake iPhone.

I would love to hear your opinions on other ways to check fake iPhones?