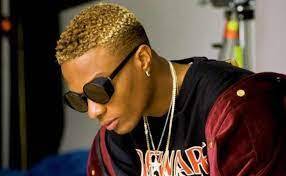 In 2013, Forbes and Channel O’s list placed him fifth among the Top 10 Richest/Bankable African Artists. He became the first Nigerian musician to have over 1 million Twitter followers a year later.

Currently, the entertainer is said to be worth an estimated $50 million.

In this post, you’ll get to learn more about his net worth, his endorsement deals as well as his journey into music.

Wizkid was born Ayodeji Ibrahim Balogun on the 16th of July 1990. He grew up in Surulere, Lagos in a family of 12 siblings.

His mother is a Pentecostal Christian while his father practices Islam and has three wives.

Check out: Big Brother Naija 2022: How to Vote Using MyDStv or MyGOtv App

In mid-2009, Wizkid dropped out of Lagos State University (LASU) to focus on his craft.

He later attended Lead City University but dropped out after completing two sessions.

Wizkid’s music was influenced by the likes of King Sunny Ade, Fela Kuti, and Bob Marley.

He was initially known by the stage name Lil Prinz until 2006. At the age of 11, the vocalist began recording music. He was able to collaborate on an album with the Glorious Five, a gospel group.

One of Wizkid’s initial mentors in the music industry, OJB Jezreel, a record producer prevented him from recording for a year.

That was his period of education in music as he often visited OJB’s PointBeat Studios frequently where he watched 2 Face Idibia record songs for his Grass 2 Grace album.

He was also present during the recording sessions for Sound Sultan’s debut album, Jagbajantis.

The singer also mentioned Naeto C as one of the people who mentored and coached him when he was 15 years old.

The singer rose to prominence in 2010 with the release of the song “Holla at Your Boy” from his debut studio album, Superstar (2011).

The album was released in June 2011 by Wizkid. The album was basically a fusion of elements of R&B, dancehall, and reggae. Wizkid collaborated with a wide range of music producers, including E-Kelly, Jay Sleek, Shizzi, DJ Klem, Masterkraft, Q-Beats and Samklef.

Banky W, Skales, D’Prince, and Wande Coal all had appearances on the album. Wizkid held an album launch party at the Eko Hotel & Suites’ Expo Hall.

Other hit tracks in the album include Tease Me/Bad Guys, Don’t Dull, Love My Baby, Pakurumo and Oluwa Lo Ni.

Wizkid won the Next Rated award at The Headies 2011 for the song Holla at Your Boy from his album Superstar.

When E.M.E. released their compilation Album, the EME artists went on tour in the United States, starting on July 4, 2012, and concluding on September 2, 2012.

In 2012, the singer also toured London, performing at the HMV Apollo on June 4th. In November 2012, she played alongside Trey Songz, Tulisa, Kendrick Lamar, and Angel at the BBC Radio 1Xtra Live 02 Academy in Brixton.

Wizkid performed at the 2013 edition of Felabration, a yearly concert devoted to the late Fela Kuti, in 2013.

The concert was held at the Eko Hotels & Suites’ Eko Convention Centre. Wizkid also performed at the Guinness Big Eruption Concert in November 2013. In 2014, he was invited to perform as a special guest on Tinie Tempah’s UK tour.

Wizkid departed E.M.E in 2014 after his 5-year recording deal expired.

In 2012, Wizkid began work on his second studio album, which he finished in 2014. Femi Kuti, Banky W., Seyi Shay, Phyno, Tyga, Akon, and Wale all made appearances.

Chosen was the initial title, however, it was later changed to Ayo and released in September 2014.

Jaiye Jaiye, On Top Your Matter, One Question, Joy, Bombay, and Show You the Money are just a few of the album’s hit songs.

Wizkid released the music video for “Ojuelegba” in 2015. It was a song in which he talked about his early days as a recording artist.

The song’s official remix features Drake and Skepta’s vocals, and it debuted on OVO Sound Radio in July 2015.

It was a popular single from his third studio album, ‘Sounds from the Other Side.’

The album also included a collaboration with Chris Brown titled “African Bad Gyal,” which was announced as the lead single off the upcoming album.

Wizkid and Chris Brown performed the song together at Chris Brown’s concert in Durban, South Africa, in April 2015.  On the album, he also featured Angélique Kidjo.

Wizkid rose to international prominence in 2016 as a result of his collaboration with Drake on the global smash “One Dance,” which charted at number one in 15 countries, including the United States, the United Kingdom, Canada, and Australia.

He was also the first Nigerian musician to be featured on Billboard’s Twitter. The single debuted at number 21 on the Billboard Hot 100 chart on May 12th, 2016, and remained at that level for ten weeks in a row.

In 2017, Wizkid signed a multi-album deal with RCA Records. The deal was confirmed by Peter Edge, the CEO of RCA Records, in an interview with Music Business Worldwide in January 2017.

Wizkid was also the first Afrobeats artist to be enlisted into the Guinness Book of World Records in 2018 for his contribution to Drake’s blockbuster song “One Dance”.

Wizkid is the founder of label imprint Starboy Entertainment. The singer signed Maleek Berry to his record label in 2013. He also signed producers Uzezi Oniko and Okiemute Oniko, popularly known as Legendury Beatz, to his imprint.

The label’s first official single was the hit track, ‘Caro’. In 2016, Wizkid announced the signings of Efya, R2Bees, and Mr Eazi to Starboy Entertainment.

He was said to have made the announcement shortly after his performance at the 17th edition of the Ghana Music Awards.

Apart from his solo career, Wizkid has also worked with several other artists. He featured on the hits like Girl (with Bracket), Fine Lady (with Lynxxx), Sexy Mama (with Iyanya), Slow Down (with R2Bees), The Matter (with Maleek Berry), Pull Over (with KCee) and Bad Girl (with Jesse Jagz).

See Also: How To Become A DSTV Agent In Nigeria

Wizkid signed a one-year endorsement deal with Pepsi in 2012, allegedly worth $350,000. For a Pepsi commercial shoot, he headed to Beirut, Lebanon alongside Tiwa Savage. His contract was extended for another two years when it came to an end.

He also signed a one-year contract with MTN Nigeria in 2013. In 2015, the musician switched from MTN to Glo, signing a 128 million naira deal with the Nigerian telecoms company.

Wizkid secured an endorsement deal with Guinness for the ‘Guinness World of More’ event, which was hosted at the Eko Convention Centre of the Eko Hotel and Suites in Victoria Island, Lagos, on October 23, 2013.

Wizkid has also bagged lucrative deals with the likes of Ciroc. He joins music mogul, Sean ‘Diddy’ Combs as one of the brand ambassador of Ciroc. Other Nigerian celebrities like Toke Makinwa, Tekno, Banky W and D’banj have in the past served as brand ambassadors of CIROC Nigeria.

Wizkid also has lucrative deals in the fashion industry. In 2018, he signed a deal with Nike and he was involved in Dolce & Gabbana’s summer collection show in Milan.

These deals have helped the singer earn an income from the fashion industry as a celebrity model.

He came down the runway wearing flashy apparel and a mask, escorted by Naomi Campbell, a worldwide recognized model who donned a pin-striped suit and fedora. The Starboy was claimed to have cost D&G at least $20,000.

Wizkid also posed in a Nike tracksuit for the Nigerian Super Eagles, following a $3.75 million partnership between Nike and the Nigerian Football Federation.

Wizkid represented the Naija collection from Nike as he was contracted to model for the company. He joined Nigerian footballer, Alex Iwobi and several others to model for the Super Eagles jerseys.

The move proved brilliant with the success record in sales in the first day of release. It was said that Wizkid received over $10,000 from the Nike deal.