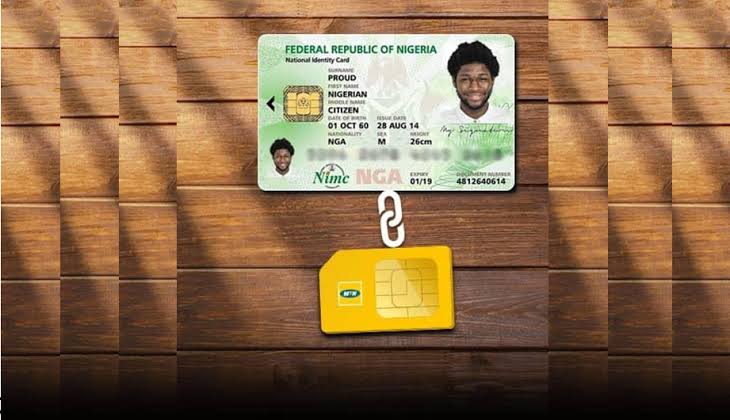 Unblock Your SIM Card Without NIN: The Nigerian government announced in December 2020 that all SIM cards must be linked to the users’ National Identification Numbers (NIN) or they will be blocked.

Each Nigerian citizen has a unique number known as the NIN, which enables easy identification among other functions.

Dr Ali Pantami, Minister for Communication and Digital Economy, said that this exercise would help combat the high level of insecurity in the country.

The federal government delayed the deadline nine times before directing telcos to start blocking SIMs that have not been linked to their NINs on April 4, 2022.

So far, 73 million SIM cards have been blocked from making or receiving calls, according to CommsUpdate.

If you’re yet to link your SIM with your NIN, or have a blocked SIM due to this, follow the steps below to Unblock Your SIM Card Without NIN.

RELATED: How To Unlink A SIM Card From NIN (MTN, Airtel, Glo And Others)

Why Did The Federal Government Block My SIM Card From Making Calls?

The reason is now well known to everyone, though some people were still asking questions.

The reason the federal government decided to block your sim card is because you haven’t linked it to your national identification number.

National identification numbers are the easiest and most effective way of tracking anyone, especially when it has something to do with an online issue.

Due to the high rate of insecurity in the country recently, the federal government has decided to pull the trigger by blocking any sim that hasn’t been linked to a national identification number.

But no worries, read on to find out how to unblock your SIM card without NIN.

How To Unblock Your Sim Card Without NIN ( MTN, Airtel, 9mobile And Glo)

For the users of MTN Mobile, kindly dial *785# on your phone using the affected MTN SIM Card, follow the prompt and supply your 11-digit National Identification Number where it requested for it.

However, you can simply dial 785YOUR_NIN# directly from the phone number you want to link and your NIN would be automatically submitted for linkage.

Alternatively, you can link your NIN to your SIM Card using this link on your mobile phone or computer https://mtnonline.com/nim/ You would be asked to submit your name, mtn number, NIN and email address. Submit the form.

Await a SMS from the MTN, anytime after they must have successfully link your NIN to your SIM Cards.

Press 1 for your “NIN Capture” and submit.

Enter your 11-digit NIN and submit.

Await a SMS from the Airtel, anytime after they must have successfully link your NIN to your SIM Cards.

If you are using 9Mobile SIM Cards, kindly, dial 2008# you would be prompted to supply your NIN. Do, and send.

Await a SMS from the MTN, anytime after they must have successfully link your NIN to your SIM Cards.

On 9Mobile, you can dial, *346# to confirm the status of your SIM Card linkage to the NIN

If you are using GLO SIM Cards, kindly, dial 109YOUR_NIN#

Await a SMS from the Glo, anytime after they must have successfully link your NIN to your SIM Cards.

You might also want to check How To Link NIN To MTN, Glo, 9mobile, Airtel (In No Time)

How To Link Your MTN Sim To Your National Identification Number

If you’re using an MTN Sim card, dial *785#. You will see an option telling you to input your 11-digit national identification number. Input it there and make sure you don’t make any mistakes.

How To Link Your NIN To Your GLO Number

For Glo users, you can easily do that through the SMS method.

Send a message to 109 with this format:

How To Link NIN To An Airtel SIM Card

Dial 1211# to link your National Identification Number on Airtel Sim

You will see an option where you input your eleven digit national identification number.

There will be a confirmation message showing that you have successfully linked your sim card with your national identification number.

How To Link 9mobile SIM Card With National Identification Number

For 9mobile users, you can easily link your NIN with your sim card through this step.

You will be provided with a form to fill out. That’s how you can do it.

How Can I Unban, Reactivate, Or Unblock Blocked SIM Card Without NIN?

If you don’t have nin, you can easily unblock your sim card by following this step:

2. Link your NIN to your SIM

If you have your NIN, you can link it to your mobile number(s) in either of 2 ways— using the NIMC Mobile ID App or the assigned USSD code of your mobile network.

Frequently Asked Question On How To Unblock SIM Card Without NIN

Below are some frequently asked questions on how to unblock SIM Without NIN.

Can I Unblock My SIM Card Without NIN?

Yes, if you don’t have your nin readily available now, you can link with that of your friends and family for the time being.

At this point, you now have the necessary information about How To Unblock Your Sim Card Without NIN ( MTN, Airtel And Glo).